Jade Cole of Windcraft Yachts was selected to join the elite crew for the first all-women’s professional sailing team to compete in the 2018 Rolex Sydney to Hobart yacht race. Sailing on mini maxi Wild Oats X, Ocean Respect Racing in partnership with 11 th Hour Racing were elated to be 6 th over the line (the first four were super maxi’s) from a starting fleet of 92 yachts.

World-class Volvo Ocean Race sailor and Ocean Respect Racing skipper, Stacey Jackson hand-picked the 13 strong female crew for their experience and pedigree. Chosen for specific jobs, the team encompassed some of the best sailors in the world with a combined experience of 68 Sydney to Hobarts and 17 Volvo Ocean Races. Strong marine industry backgrounds were represented within the team with skills such as sail-making, rigging and meteorology. Impressive indeed!

Jade says, ‘Stacey Jackson was the driving force behind the campaign and created this project in a bid to encourage stronger female representation in Australian sailing. 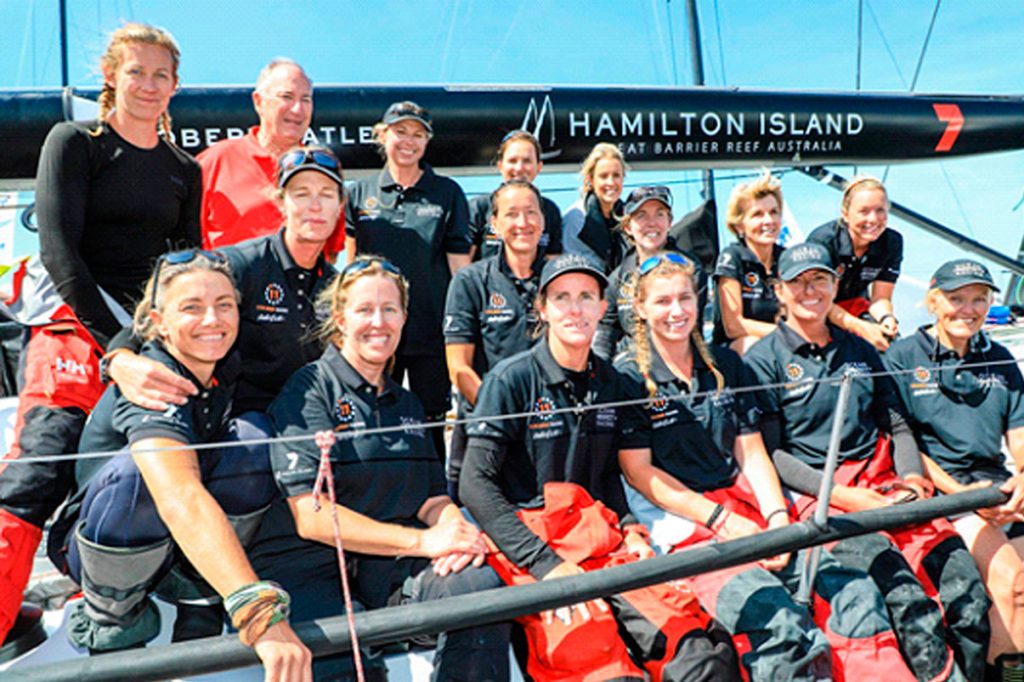 In such a male dominated sport it’s important for women wanting a career in sailing or the marine industry to understand how important and successful this mission has been’.

11th Hour Racing are an international organisation that promotes ocean health and sustainability through sport. The Ocean Respect Racing crew were educated on how to do things differently to reduce ocean plastics. Ocean sustainability became their core message during the race campaign and for the Rolex Sydney to Hobart yacht race. What a great way to spread word to preserve the health of our marine environment.

‘As a team we were committed to the message of ocean sustainability and we lived by that motto’ says Jade. ‘We practised what we preached with NO single use plastic bottles, NO disposable coffee cups or plastic straws throughout the entire campaign.  We carried water in our tanks and refilled our bottles on each watch.  We carried our fresh food and snacks in reusable containers with NO plastic wrap and put into practice many more initiatives to ensure absolute minimal waste’. 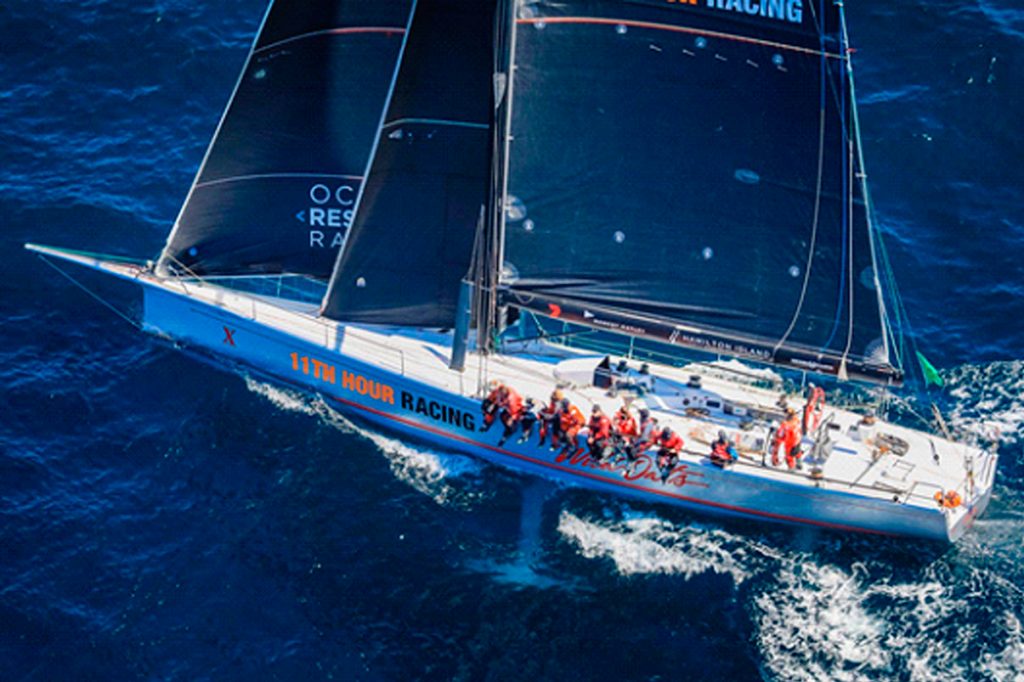 Several members of the Ocean Respect Sailing crew were involved in cleaning up marine debris in Sydney Harbour before race day. They met with Clean Up Australia the not-for-profit environmental organisation, at Whiting Beach and collected 12 bags of rubbish including plastic water bottles, plastic wrappers and a myriad of other plastics.

What a brilliant alliance – the first female crew to sail the Rolex Sydney to Hobart yacht race and the promotion of ocean sustainability to preserve the health of our marine and environment.

The race came with its own challenges starting in a light fickle Sydney Harbour breeze.

Tacking South out of the heads Ocean Respect Racing sailed into the evening in ideal conditions with a building, warm north easterly breeze down the east coast.

Surprisingly Bass Strait did not show off its world-famous treacherous seas, instead delivering a gentle breeze so it was back to shorts and tee shirts for the crew. The evening was very dark and brought a spectacular and intense green fog as the bow light lit up on a starboard gybe.

Jade says, ‘as we approached the Tasman in the morning our Navigator, Libby Greenhalgh, confirmed we had made big gains on the boats around us and they were not longer in sight, except for one – the RP66 Alive.   We battled with them right to the finish and received an incredible welcome at the docks. Skipper Mark Richards of Wild Oats XI who won line honours, was there to greet us along with ambassador Julie Bishop, Sandy Oatley and many TV and News crews’.

History was made and Stacey Jacksons vision became a reality.  Not only was Ocean Respect Racing 6th over the line they were 2nd  overall place getters in IRC (Tattersalls Cup) and 2nd  overall in ORCi.

A big shout out to the Oatley family who generously donated the use of Wild Oats X to the crew of Ocean Respect Racing. The provision of this fine yacht and the Oatley’s support throughout the campaign allowed Stacey and her team to accomplish their goals and to ensure the continued momentum for the increase in women’s participation in sailing.