Nick Black Sails the World on a Hanse 445

Nick Black Sails the World on a Hanse 445

Ever wondered what cruising around the world on a Hanse 445 would be like?

Follow Nick on his Hanse 445 Charm Offensive as he entertains us with stories about life at sea and crossing oceans.

Check out his Gopro video!

Provisions and the Pacific Passage… 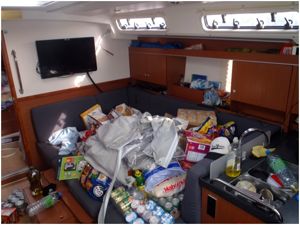 …and that’s just for the first homeward bound leg from Panama to Galapagos. Nick continues to entertain us with tales of crocodile sushi contests, beautiful Columbian women, new teeth and racing on a Volvo 70 (sort of!).

After a beautiful 18 day passage, Charm Offensive arrived safely to the Marquesas Islands from Galapagos. Nick’s latest blogs are bittersweet as he says farewell to his friend and Aussiemite chef extraordinaire Javier.As he leaves behind some great memories, Nick’s ready to embark on the second half of his journey on the Hanse. 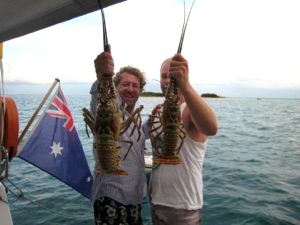 Ever wondered what cruising around the world on a Hanse 445 would be like? 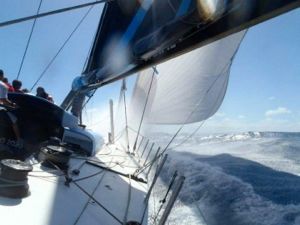 Gringo cruisers welcome! The Caribbean adventure continues as Charm Offensive is happy to never see a US customs official but happy to share beer bribes with the Dominican officials. Cuba was a whole other story with mosquito and chicken inspectors, a doctor and drug and immigration officials.

Some new experiences by category… 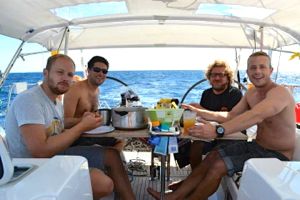 After spending Christmas in the Caribbean, life on Charm Offensive just keeps getting better. They started off the new year with an Aussie Day in Antigua, learning to kitesurf from an Olympian, lunch next to waterfalls, sailing by volcanoes and can now make Chinese food out of Aussimite. 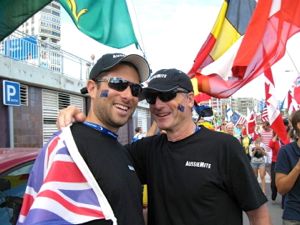 Nick can officially tick one thing off his bucket list…crossing the Atlantic in the Atlantic Rally for Cruisers – a dream come true for most sailors! Some highlights in his latest blog include… massive Wahu catch, skipper in a wheelchair, rum, seeing Mum, St Lucia, interesting Atlantic crossing facts, worm dancing in a shark suit… did I mention rum?Charm Offensive also finished a respectable 3rd in their division.

Check out Nick’s video blog below filmed by crew Josh Thomas for a peak into a day on Charm Offensive.

Charm Offensive is cruising the Med and preparing for the Atlantic Rally Crossing 2012 in November. The journey should be a breeze with capable crew including his father, a 747 captain and yacht master, a Spanish sailing champion from Valencia, and Paul the skipper of a Volvo 60.

For now the crew is enjoying tapas, little Spanish islands, parachuting downwind and wakeboarding! “Much to our delight wakeboarding with the rope attached to a halyard from the top of the mast under engine at 8.5kts worked.” 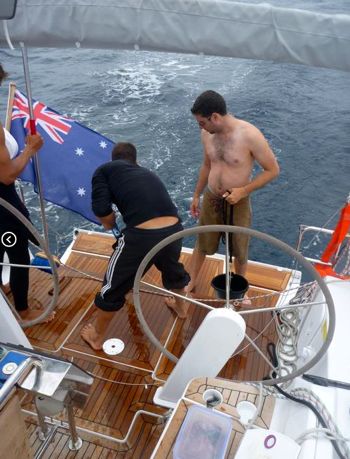 Nick has said goodbye to the English Channel and Olympics and hello to fresh Bonita, halyard swinging, and coastal cruising Portugal.

Just a day in the life of Nick Black!

… “The sun & warmth finally made itself known the further we went south and we were able to introduce the boys to halyard swings off the boat.

For long lengths of time we were graced with pods of dolphins playing/racing the boat off the bow, and even some mother & calf duos. Very cool!”…

He’s worked hard and saved his cash and now he’s heading off on the adventure of a lifetime.

… and having plenty of adventures on the way including entering the ARC race.

Nick chose to sail round the world on the Hanse because of the build quality, the self tacking headsail and stylish interior.

He’s added a water maker, smart telecommunications, solar panel and wind generator. He’s hoping to have some fun on the downwind legs being towed along by an army parachute. Good Luck Nick from all of us at Team Windcraft. Read more about the Hanse 445 here 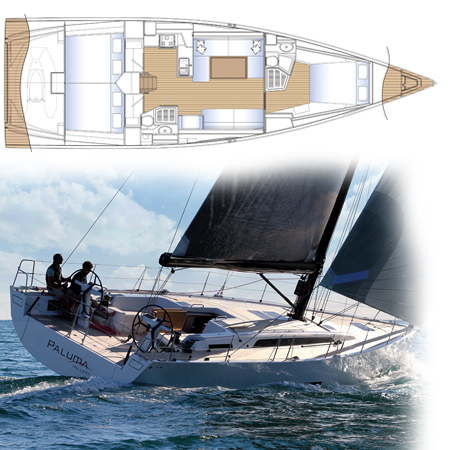 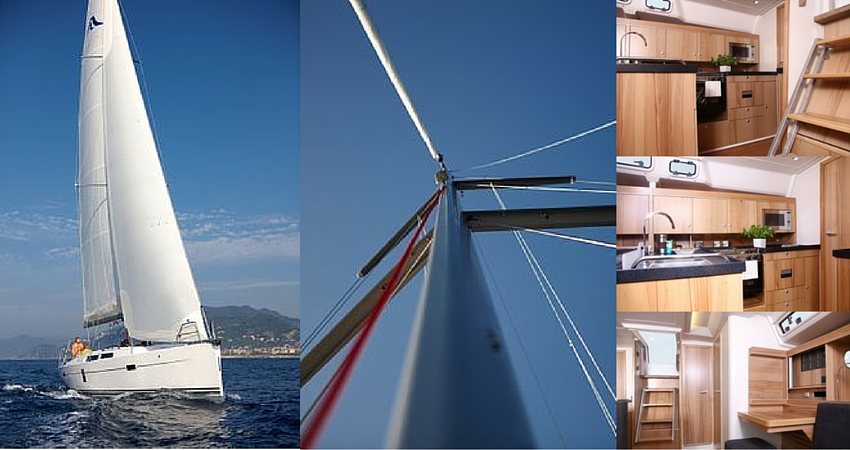 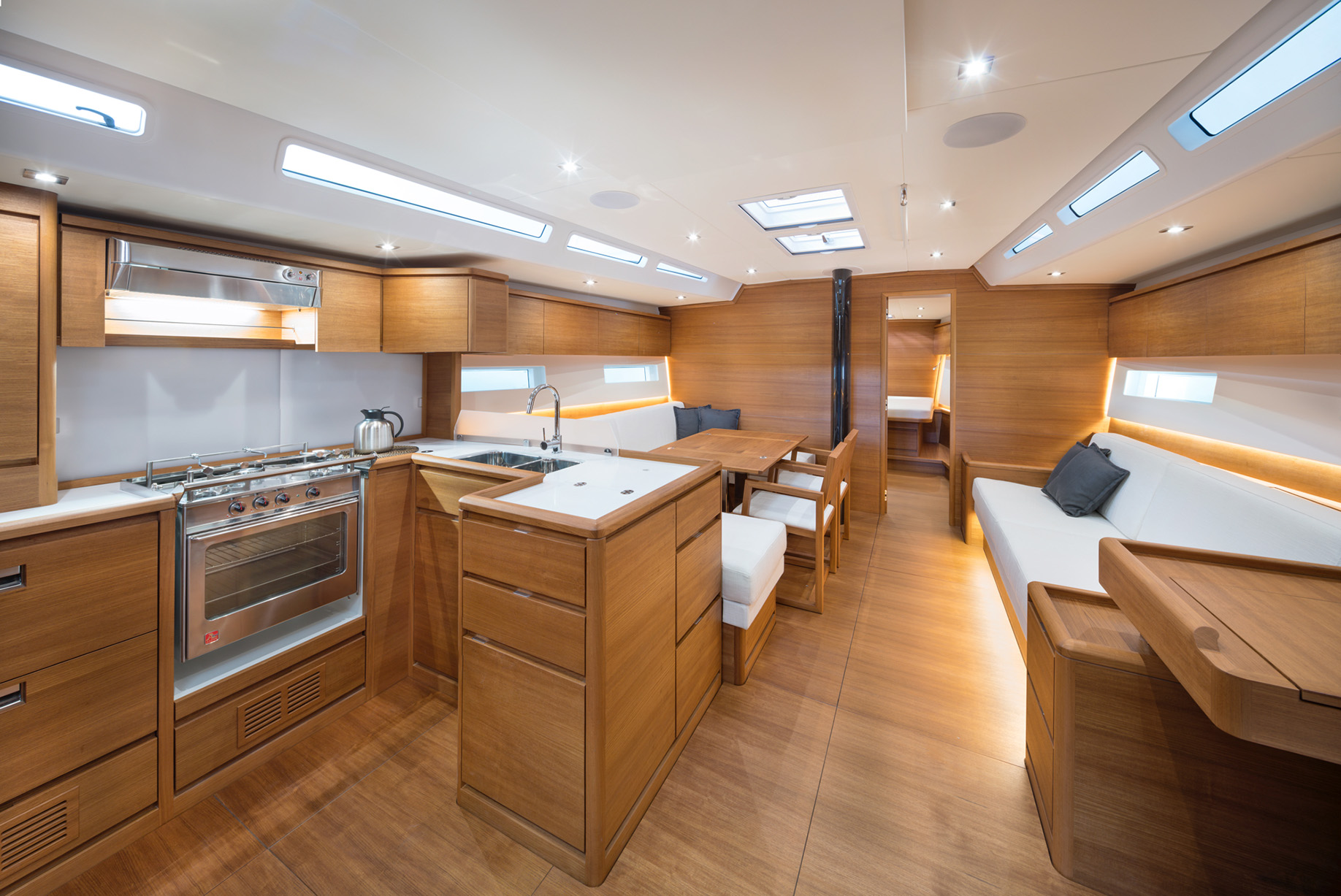