My wife and I owned a Hanse 470e called Sunboy.

My wife, my two daughters, Nikola who was then 14, my daughter Alayna who was then 9 sailed on her in England prior to leaving the UK in May 2009.

We sailed across the Channel to France and then to the Channel Islands where we were joined by our family friend Luke who was then 18.

It is fair to say that my family did not have very much sailing experience and Luke had never been on a yacht before.

We ended up sailing our boat across the Atlantic, through the Panama and then across the Pacific reaching our home port in Coffs Harbour Australia in September 2010, sailing nearly 16,000 miles.

The boat was fantastic, so easy to sail and she performed so well in the oceans of the world.

I would have no hesitation in recommending this boat for any family contemplating sailing around the world.

When we arrived in Australia, we contacted Windcraft in Sydney in relation to having some leaking windows repaired, which had been a bit of an ongoing issue but one which we had been assured would be rectified when we arrived back home in Australia. I have just returned from Windcraft after spending a few days there getting the work done on our boat. 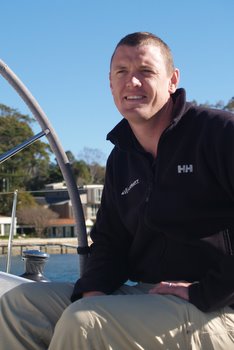 I would simply like to draw to your attention what an incredible group of people they are at Team Windcraft but in particular single out Mr Nick Jones.

I say without reservation that the level of service and professionalism that Nick Jones presented to me was simply exceptional.

His identification of problems and how he dealt with them left me feeling complete and total satisfaction.

I will be singing the praises of this company while Team Windcraft continue to employ such wonderful people like Nick and the technicians he engages.

Thank you for producing such a wonderful boat as the Hanse 470 and for allowing me and my family to have been able to experience one of the most memorable adventures we will ever be able to have in our lives.

Thank you for having people like Team Windcraft to look after your valuable customers.