Hanse 415 – Delights New Owner on the Perfect Delivery trip from Brisbane to Melbourne! 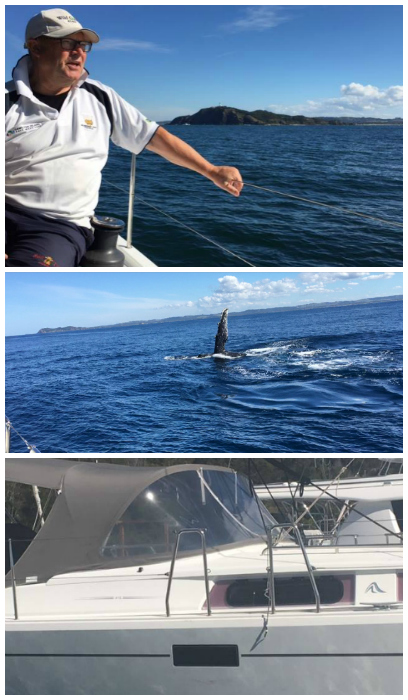 In 5 – 37knts – Hanse 415, “Matadore” delighted new owner, Philip Endersbee on her Brisbane to Melbourne delivery. In his words…

“After a good (perfect) tick by a marine surveyor we started sailing Matadore south to Pittwater.

The forecast looked good (be careful) and so we ventured out round the top of Morton Island with a light 5 to 10 knot southerly. At night it got stronger & stronger – by 1am we were punching into 25knts & pounding through a 2 metre swell… Any cobwebs in the rigging got blown or shaken out! We did pound a fair bit but the yacht handled all very well.
The third night saw the breeze move to the north and again strengthen through the night. Getting many gusts at 37 knots we put the yacht on auto pilot and just surfed towards Pittwater with a 3 metre swell as the breeze steadied at 30 knots.

We were quite surprised at how well the yacht held the line under auto pilot and by the time we got to Windcraft in Pittwater the only gear failure we had was the cutlery draw!  Overall absolutely delighted with the yacht and look forward to the next leg from Pittwater to Melbourne’s greatest club – Blairgowrie Yacht Squadron. We will now have 6 Hanse’s at the Club when we get there in October”