Drew Price took delivery of his Hanse 385 “Time Out” in June 2014. Unlike most new buyers he was a relative newcomer to yachting having only taken up the hobby less than two years before he took to the helm.

Yet in this short time he has achieved great things….

He’s sailing single-handed, he’s raced in regattas and been placed 2nd in a challenging night navigator race. And he has big plans for the future…

Windcraft’s Nick Jones has been there from the beginning and is helping Drew to get the best out of his yacht. He often crews for Drew and takes a phone call most Mondays to chat through the weekend’s sailing events and answer questions on technique. So how does a sailing newbie achieve so much in such a short amount of time? We caught up with Drew and Nick to find out…

Firstly, Drew why did you decide on a Hanse?

“It came down to a couple of things really. I decided fairly early on that I was looking for a cruiser/racer. I had a desire to choose a boat that was deemed manageable to sail by myself and the Hanse definitely stood out as the best in that regard. The ease of sailing single-handed was the number one issue that pointed me towards the Hanse but also of all the well-known boats I preferred its layout and finish… And they had the best sales support as well.”

For Drew timing also played a big part in his decision. Windcraft had just opened the Melbourne Office at the Royal Brighton Yacht Club where Drew was already a member. Windcraft’s Nick Jones was on hand to oversee the delivery and help Drew get to know his new yacht.

Nick – Tell us about your involvement with Drew and “Time Out” 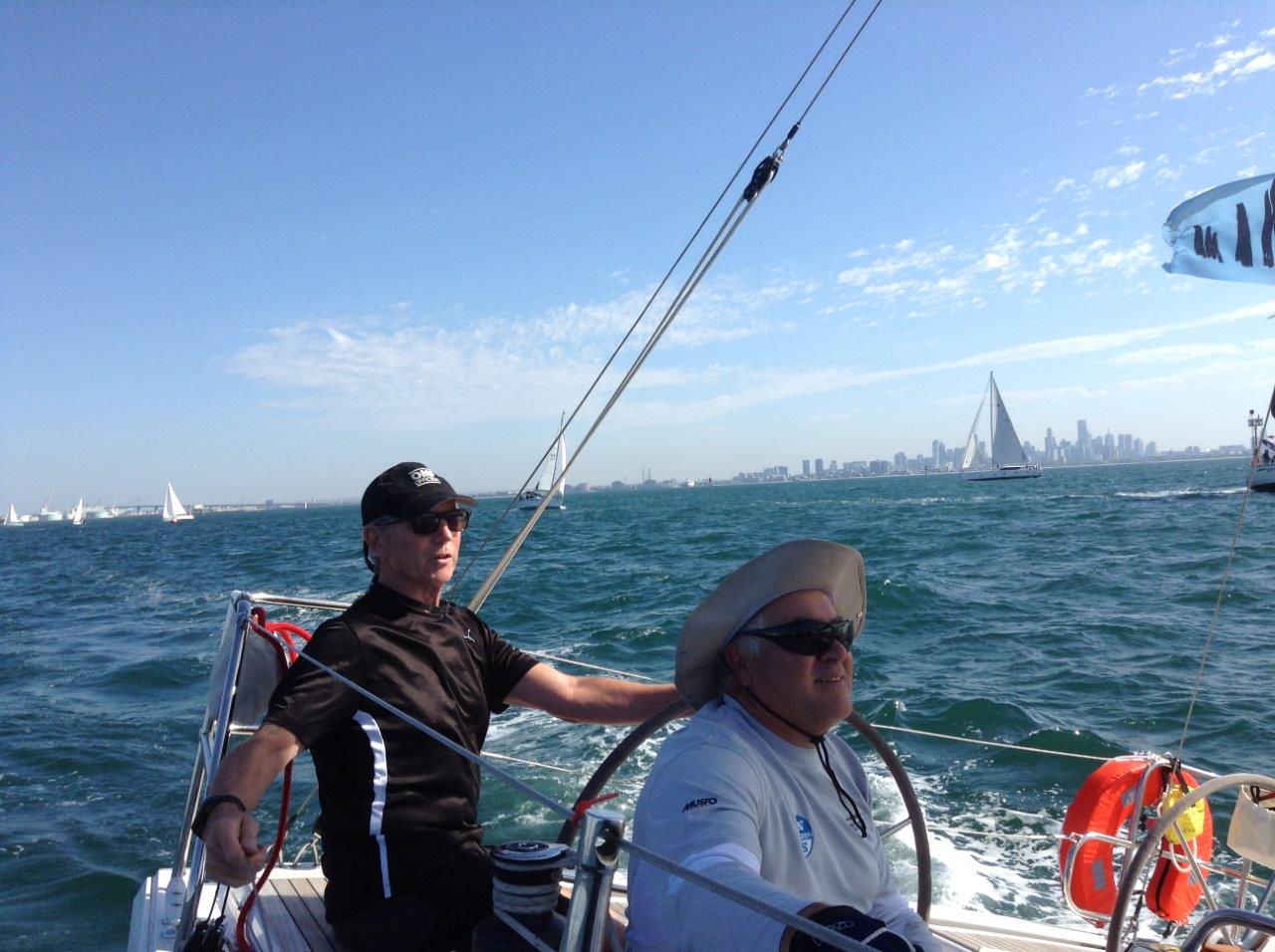 “Drew was a member at Brighton Yacht Club and saw the value in being close to Windcraft. Most Mondays I’ll have a 10 – 15 minute phone call with him from questions either from his racing on the weekend or just sailing. And I don’t think to date that I’ve actually had the same question asked twice!

He actually listens to the answer and he will go off and try and duplicate what he was doing, then tweak it and then gets his head around it that way. He’s a very practical guy. Drew originally inquired about the Dehler 38 because I think the boat aesthetically appealed to him.

Once we had an understanding of where he was at with his sailing and what he wanted to do with the boat we suggested he consider the Hanse. The decision was then pretty easy.”

Nick – Why is the Hanse 385 perfect for a newbie like Drew?

“Just the short handed ability – the fact that it has a self-tacking headsail as standard and has powered winches that are right in front of the helm. So everything is at Drew’s grasp to get that boat going. It is designed to do it. Drew didn’t even have a crew when he ordered his boat or even when it turned up – he purely needed the boat to work just for him. Now he is sailing a lot and he’s got some regular crew. When he goes out racing there is more performance orientation going on there.”

Drew – What happened after the delivery?

‘I basically got into sailing pretty much straight away and Nick came out racing with me. He did the standard familiarization with me but he also did some races with me. There’s no doubt that the fact that he was available to go out sailing at times made quite a big difference in terms of the learning curve and helping with the confidence initially. I had a desire to make sure that I could sail by myself so I started doing that very soon time after taking delivery of the yacht. I started going out by myself and working out how I could get into the marina by myself. 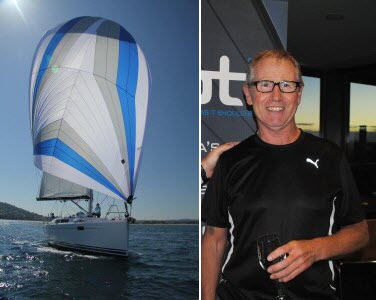 Nick – what do you remember about Drew’s first few weeks?

Drew didn’t start racing straight away. He was just coming down to the boat and tinkering on it. He would practice going in and out of his berth on his own. He’d go out and sail it on his own. He even rang me one Saturday and said I’m out in the bay and I’ve got the gennaker up –  I’ve just been practicing how to jibe it but I’m interested to know how you would do it.

And we spoke through how to do it on the phone and he sent an email later that day saying he did it all and it worked well… I’ve been blown away that he takes it on. Obviously the boats are awesome, there’s no question about  that side of it. Drew is a rare egg. He has the ability to look at the situation and use the information he has been given and not be put off by the first fail or miss attempt.

So Drew let’s talk about racing …

“Brighton Yacht Club has Twilight racing right throughout the daylight saving period. Ever since I took delivery of the boat I’ve done most of the Twilights and during the winter period, I’ve done quite a bit of Saturday racing. This means a range of racing from a pursuit type racing based on handicap to “extras” races where you can use spinnakers. I know how to use the extra gear but it doesn’t come without it’s fair share of stuff ups! I’ve done a few regattas, about three in the time since I’ve taken the boat. I’m certainly planning to do a few more of them!

In just over a year I’ve done a lot. At the end of the 12 month period, I’d say that about 75% of the weekends I would have certainly been sailing on one or both days. So I haven’t been one of those people that bought a boat and left it in the marina. I’ve got really good use out of my boat.

Drew – What do you enjoy most about your new yacht?

They both suffer a little bit from the fact that people can get a bit daunted by how much there seems to learn. And certainly I’ve felt a bit like that at times but I like this challenge.

I quite enjoy the process of equipping and organizing the boat…. and learning about the things that you’ve got to have, both from a safety perspective and a sailing perspective.

I like the racing. My background has been a life of racing but what I like about the yacht racing for me is that it is challenging, I’ve got a lot to learn but it’s not serious for me. I like to be competitive but I like the fact that I don’t really care whether we go good or not so good. It’s pure enjoyment.

The part that I haven’t utilized the most yet but I am looking forward to is doing a bit more cruising and going from one place to another place and stopping for a bit of time.  Also using the yacht as a mobile form of travel – with a bit more adventure in the travel days than just driving a car or something like that! That’s the part that I haven’t done as much of yet but that I see myself doing more of in the future. I’ve really enjoyed all aspects of my new yacht s