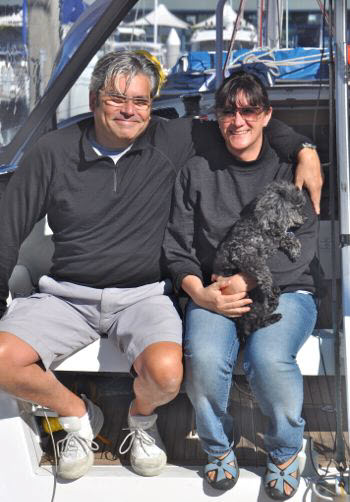 Deanne and Paul Koelmeyer bought a Hanse 375 in 2010. At that stage they had limited sailing experience but were determined to discover the world of blue water sailing.

We caught up with them (and Nicky their 14 year old dog) after a fantastic passage from New Zealand to Sydney.

Tell us about the learning curve you have been on for the last 4 years.

“We started by going out with a friend, who was a seasoned sailor and helped us enormously. But we realised quite quickly that the only way to really learn was to immerse ourselves in it. We did a lot of reading, used our common sense, learned from our mistakes and bit by bit our skills grew.

Berthing was a challenge at first but we realised that by planning ahead and setting our mooring lines up in a smart way we could make it a lot less stressful!

So far we’ve had no significant issues. We’ve always found that when we’ve asked for help people have given it. For example one time we were coming into a marina and the engine would not go into reverse. We communicated with people on the dock and they helped us to manoeuvre the boat into the berth using ropes.”

And Deanne the sail back from New Zealand was your first ocean passage. How was it? 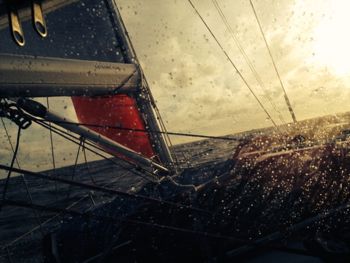 “After spending 2 years sailing in New Zealand I felt very prepared. We’d already changed our lifestyle and done a fair bit of cruising and we’d studied endless blogs and articles by people with huge experience. We also had 2 extra crew join us at the Bay of Islands which made the watches much easier. We were smart and researched the best time to do the passage.

I also became a bit of a weather nerd! We used the SSB radio and tuned into the weather forecasts and using apps for our ipads, we downloaded all the weather faxes.

By studying this information, the cloud formations and the synoptic charts I started to develop a real sense of the weather. And this meant we could reef early and be really prepared when the fronts came through. 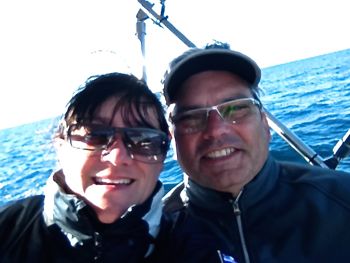 I also enjoyed making some treats for the crew. I baked bread and one day I cooked a cake – which was gone within 2 hours.

We worked through 15-30° depending on the sea state to get a comfortable passage – we realised you can’t stick to your course if the weather and sea state are going against you.

We made sure the boat was travelling safely and maintaining speed and that way we just sailed across the top of the swell.”

What was the best part of the trip?

“The best part was a day when we were smoking along on a close reach with the sun shining. We turned off the autopilot and fought over the wheel because it was so much fun! It felt like we were just skimming over the waves – at one point we reached 9.3knots. The boat was very agile – it felt like she picked and moved her way through the ocean.” 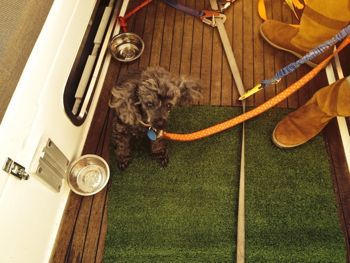 How did Nicky your dog handle the trip?

“She was fantastic. 4 legs and a low centre of gravity are a huge advantage.

She has a lifejacket and we tether her on using her lead when she’s on deck.

She has an artificial turf which she uses as a toilet when we’re out at sea.”

Do you have any advice for fellow sailors thinking of cutting loose?

Deanne was very clear on this 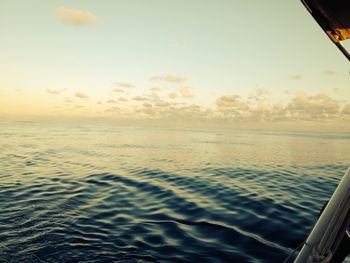 “Lots of people will tell you you have to be part of a yacht club for 30 years and earn your stripes before you can do an ocean passage.

We have to disagree with that, you can buy a boat, be smart and use your common sense and enjoy the incredible freedom life on board brings.

I’d say to fellow Hanse owners – these boats are capable of a lot. I never once lacked any confidence in the boat. The limitations are always about yourself.

We chose the Hanse because of the self-tacking headsail and the fact that we have faith in Northern European construction – and we made a great choice.”

If you’re ready to live the dream, contact your local Windcraft office