A FAMILY AFFAIR WITH SAILING

‘Audacious’ by name, this Hanse 370 loving family are also audacious by nature. Kirk, Melissa, and Gemma Watson have put themselves through their yachting paces over the years conquering challenging and changing priorities along the way.

Kirk has spent most of his life in and around boats. Growing up on Scotland Island he went to school by runabout and for fun, he ripped around Pittwater on his windsurfer and sailed the obligatory dinghies and Hobie Cats. He also got to hang out with his boat builder step-father and lived on a motor sailor for six months. It’s not surprising that boating is in his DNA. 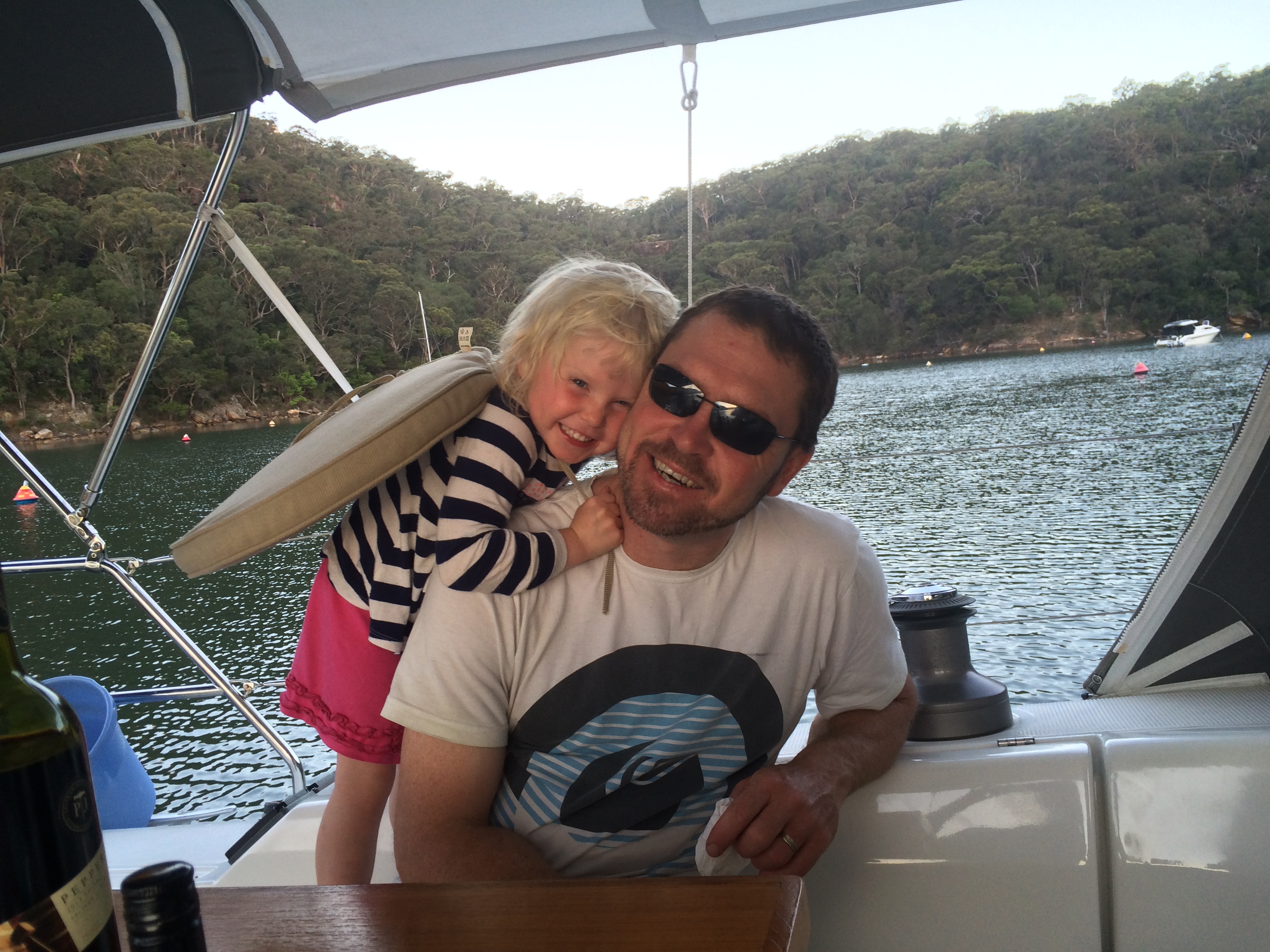 His wife Melissa shared a similar upbringing on the Northern Beaches with a boat building father. When she met Kirk she threw herself into the world of sailing and literally didn’t look back. They have raced together and separately, owned a heap of boats and forged ahead through some tough life circumstances.

Kirk is visually impaired and first started sailing when he couldn’t legally drive. Over the years his eyesight has slowly deteriorated and his vision is now just a slight light perception. Adjustments had to be made, but it was never an option to give up sailing.

With nine Sydney to Hobarts and four Sydney to Southport races under his belt, Kirk has a heap of experience and is beyond determined. He says ‘I forget I can’t see when I’m sailing and do it through feel. I can steer a boat but prefer to be offshore where there’s more space. I don’t fear much’.

Melissa has become a star helmsperson. As she learned more about sailing she was able to take over the steering while Kirk trimmed the sails. She makes a lot of the calls these days especially when racing. ‘I started helming after Kirk’s eyesight deteriorated which is over 15 years ago. But it’s been a progression. I still feel nervous – especially parking the boat in the pen – our Hanse 370 feels big’. 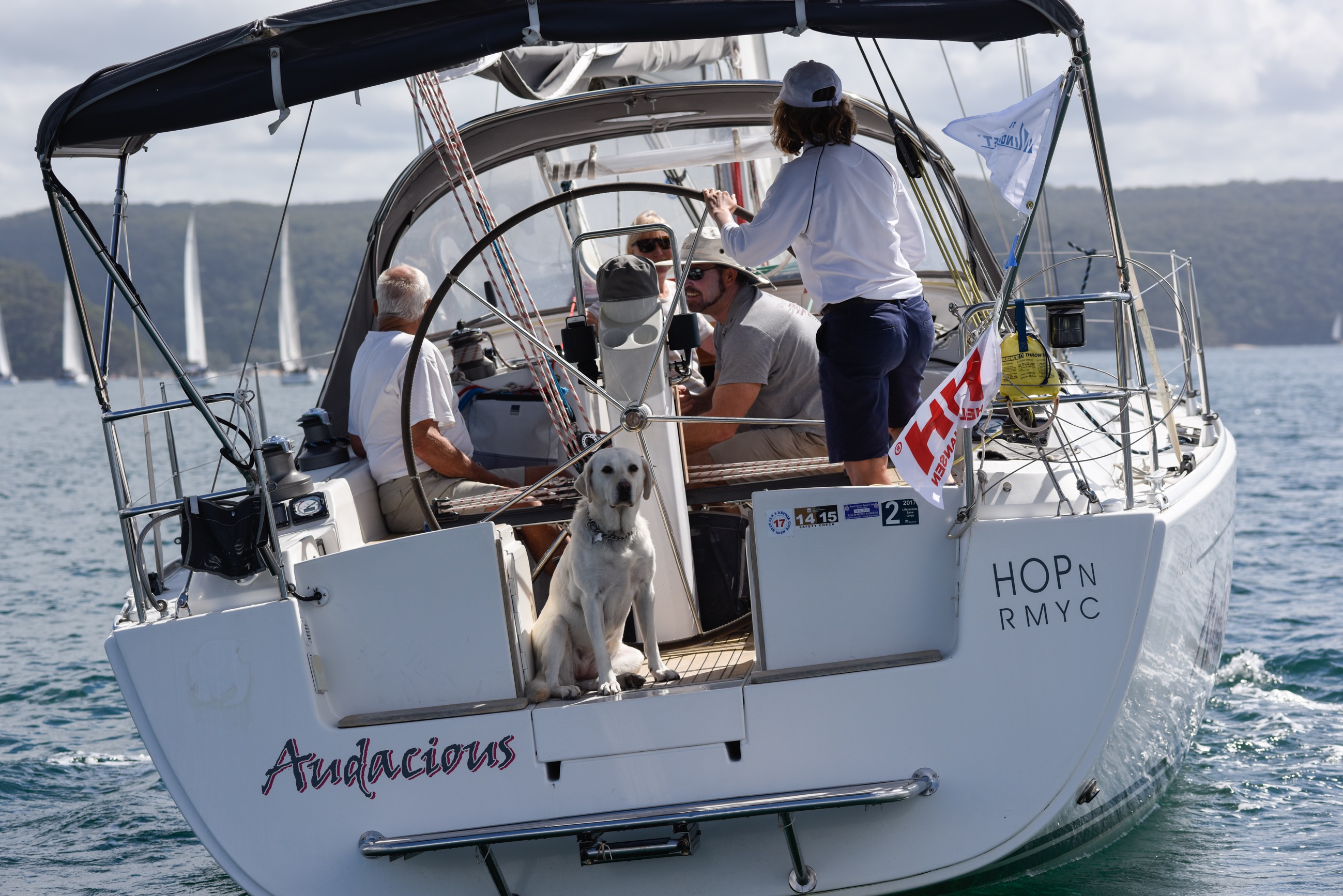 Kirk and Melissa – Why Did You Choose the Hanse 370?

We were confident in our decision to purchase the Hanse 370 for so many reasons.

Something that really set the Hanse aside from other similar boats was the self-tacking headsail. This meant that not only could we sail confidently two up, but things would be more manageable for Melissa while helming.

We were really impressed with the quality of the joinery and finishes. The V-berth was larger and more comfortable than any other boat we had seen of its size and it had good space and air flow.

It was important for us to have an epoxy build for strength and durability and the Hanse 370, 2008 model was just that.

She literally had everything we wanted, plus a walkthrough transom. And the clincher was we knew there wouldn’t be a problem with performance. She sailed well, was quick and had a nice motion in the water. She was such a comfortable boat and so luxurious internally.

We could see that Windcraft was going to provide fantastic after-sales service. This was a huge plus for us as were the Windcraft Hanse owner’s events and rallies that looked to be well organised and a lot of fun.

The Watson’s Hanse 370 has been a true all-rounder for the whole family – racing, rallies, ocean sailing, cruising, socialising and more recently, a weekend home away from home.

Six year old daughter Gemma has been sailing since she was only a few weeks old and is quite at home on the boat. Melissa says, ‘Gemma has sailed the non-spinnaker races and joined in Windcraft Pittwater regattas, though she mostly watches the I-pad’.

Racing ‘Audacious’ for three seasons at the RMYC in Pittwater was a real team effort. Melissa was on the helm and Kirk was mostly on main, but also the bow or anything else that was required. It was a lot of team work and a lot of fun.

A favourite is the Windcraft annual Port Stephens Sail Away Rally which Kirk has done three times. He likes to get the boat offshore and says, ‘It’s good fun as she sails well in the ocean – once you crack sheets a little she has a good turn of speed. Friends are impressed by how fast we get to Port Stephens considering our Hanse is more of a cruising boat, she still sails very well’. 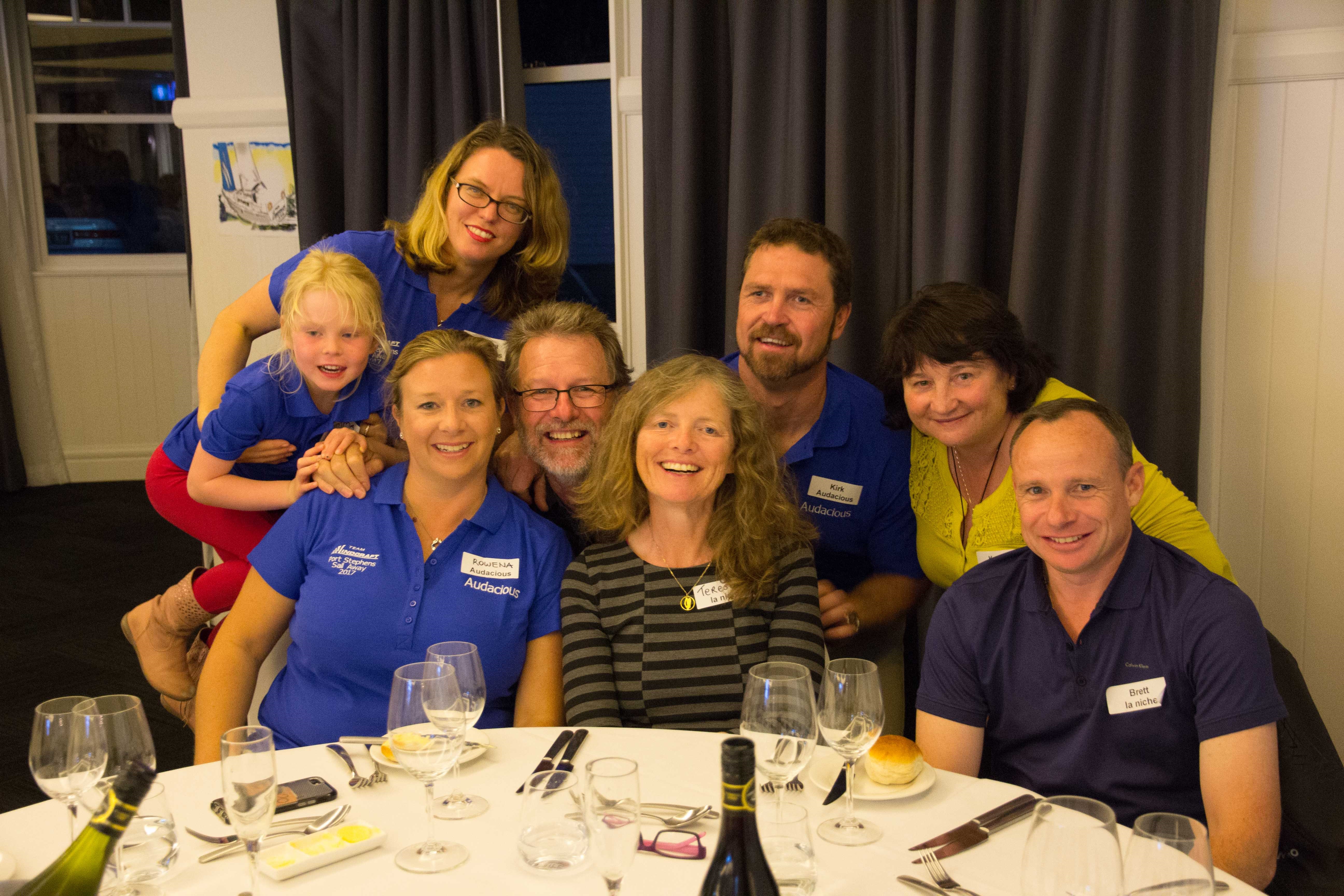 Melissa says ‘the rallies are great fun because it’s about sailing to a destination and then socialising for a couple of days. The Windcraft rally’s always turn into enjoyable social events’.

Guide dogs have been a regular feature on board ‘Audacious’ over the years. And there has never been a dog overboard situation! Tilly, Kirk’s current Guide dog can sometimes be seen sitting on the bow having a wonderful time. Apparently, she never puts herself in danger and gets around quite nimbly and happily. 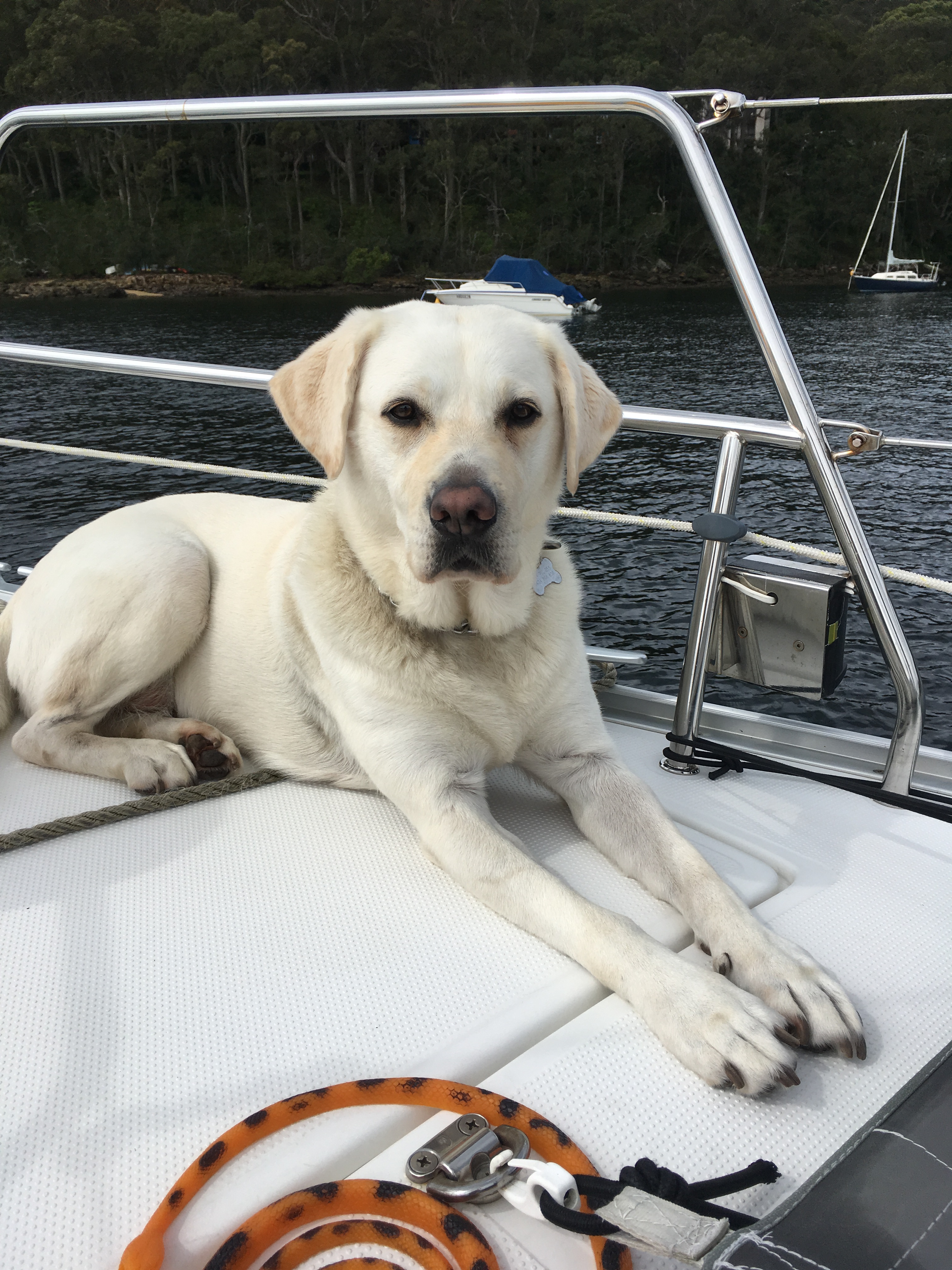 Kirk likes to give back to the sport he loves and has been closely involved with Sailors with Disabilities (SWD) since 2002. He has also participated in the SWD Making Waves regatta in Sydney Harbour which is a huge success. The Windcraft community has supported SWD over the years and the Making Waves regatta is now an annual and growing event in their calendar with many owners donating their boats.

Plans for the Future

Kirk and Melissa have long term plans for their beloved Hanse so they keep her in extremely good condition and make upgrades to suit their lifestyle.

Kirk says ‘We want to keep our Hanse for a long time so we are maintaining her to a high standard – we have just replaced the rigging due to age. As a family we like to enjoy the outside, even on the boat, so we installed a bimini, a dodger and a custom stern platform in stainless and teak which has given us more room and more outdoor options such as diving and swimming or purely relaxing’. 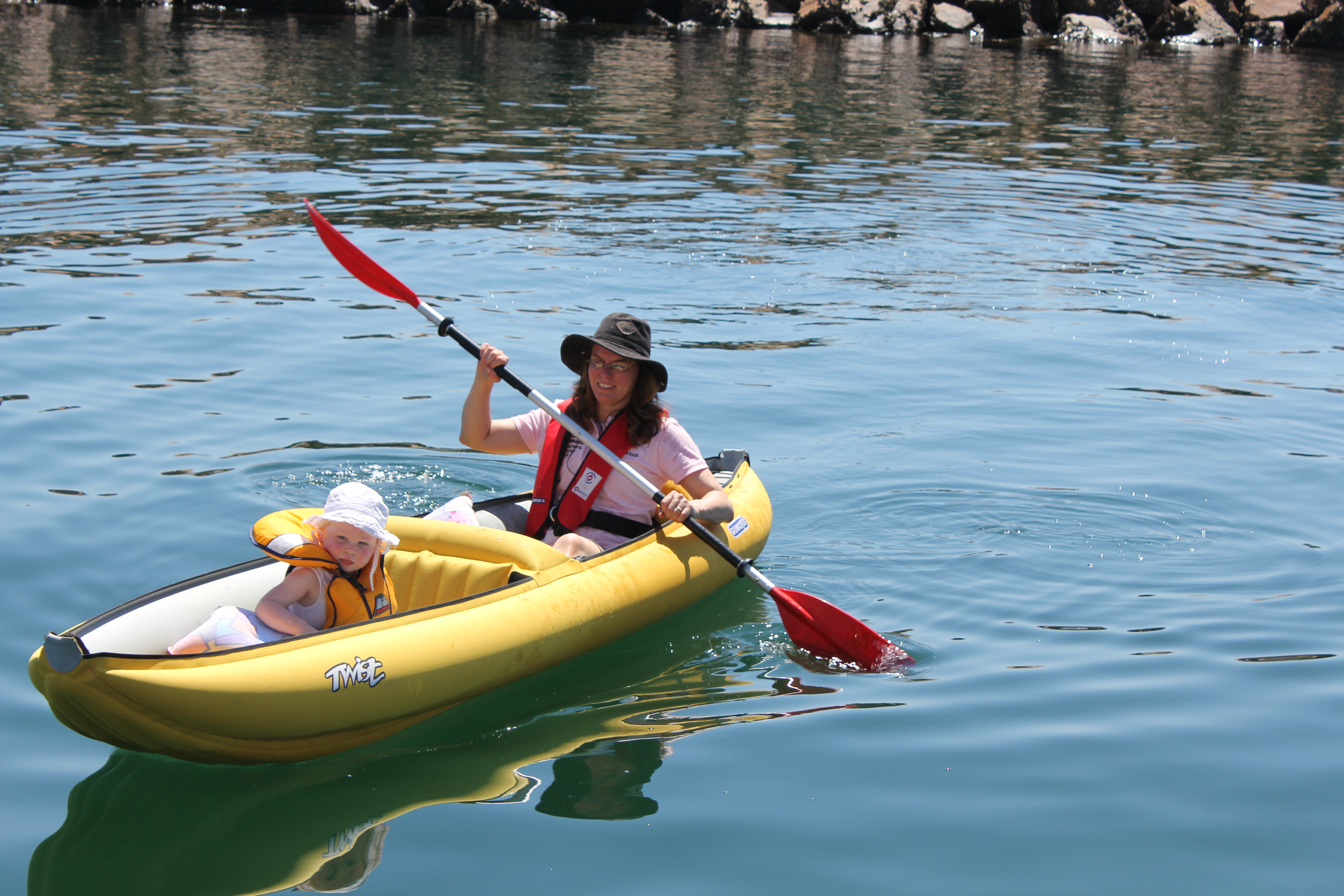